Gas interference in the rod pump

Gas is a compressible fluid and free gas in a rod pump reduces the pump’s liquid lift efficiency since it takes up space in the pump that could have been occupied by liquids. Work performed by the pump will be used to compress the gas at the expense of pumping the liquid

GARP® utilizes a specially designed tool called the Bi-Flow Sump Gas Separator Assembly which creates a sump for the pump intake. Gas breaks out of the liquids in the large cross-sectional area of the casing-production tubing annulus and the liquids are forced to fall to enter through the pump intake that is a sufficient distance below the gas break-out depth for optimum gas separation.

Additionally, GARP®’s patent pending solids separation and containment system (Solids Shield) is strongly recommended to be placed above the tubing anchor or packer to prevent solids from falling on top and potentially sticking them in place.

Back pressure on the reservoir

How GARP® reduces back pressure

How GARP® can free a stuck pump

Trash in the pump barrel

How GARP® can free a stuck pump/plunger

Many reservoirs are sensitive to water being injected into the reservoir. Some possible negative consequences:

Solids can be detrimental when they interfere with production operations such as plugging, sticking, or eroding down-hole equipment.

What is the problem with conventional artificial lift?
How GARP® reduces operating costs

We design, provide the necessary parts, and will deliver the necessary parts and assemblies with a well diagram showing placement in the well string. We will also provide consultation to ensure it is installed properly and is functioning properly after installation. The operator maintains operation of the well which is no different than the normal operations.

Any rod pumped well that has issues with gas separation, solids, reservoir sensitivity or has the pump installed high to the reservoir

The cost to install the equipment depends on numerous factors such as depth, casing size, and existing production equipment and facilities. The down-hole equipment costs for the Bi-Flow Sump Gas Separator Assembly can be as low as $6000 and a GARP® Lite installation can be as low as $15K. Call your GARP Services representative for a quote.

There are four main designs that increase rod pump production:

This new technology allows fluids to be pumped down the production tubing with a rod pump installed in a seating nipple. This is accomplished by placing a pressure actuated valve in a mandrel above the seating nipple. Applications include a more efficient paraffin and chemical treating system, and a method to circulate down-hole solids to the surface. We are currently looking for test wells to prove up the technology for no charge. Contact us if you are interested.

This new technology reduces the volume of the casing annular liquids by ~ 2/3 which results in a faster contact of annular gas with the plunger, faster plunger travel times, no stalls, more trips per day and thus higher production per day. It can also allow plunger lift installations on wells that were thought not to be plunger lift candidates. The larger outer diameter tubing is achieved by securing a material to the outside of standard tubulars that is corrosion resistant and can withstand 1000 deg F.  We are currently looking for test wells to prove up the technology for no charge for the larger OD material. Contact us if you are interested.

How does GARP work?

GARP contains two main methods which significantly increases the capacity of down-hole gas separation and also raise liquids from below the pump to above the pump.

Both methods combine a sucker rod pump (or other applicable pump) with a concentric tubing arrangement to allow the pump to be placed in a “pump friendly environment” to keep operating costs low.

GARP will increase production from the wellbore, but only up to the limit of the down-hole pump. Therefore, the ability to separate out gas from the liquids often is over the capacity of the pump to lift the liquids from the well. Call a GARP Services representative for an analysis of your well. Every well is different. Send us your PI/IPR curve or historic production data (oil, water, gas) for each well and we will analyze the data to determine if GARP can help. We have seen rate increases up to 20 fold and reserve increases over 35% of the cumulative oil and gas produced to date. 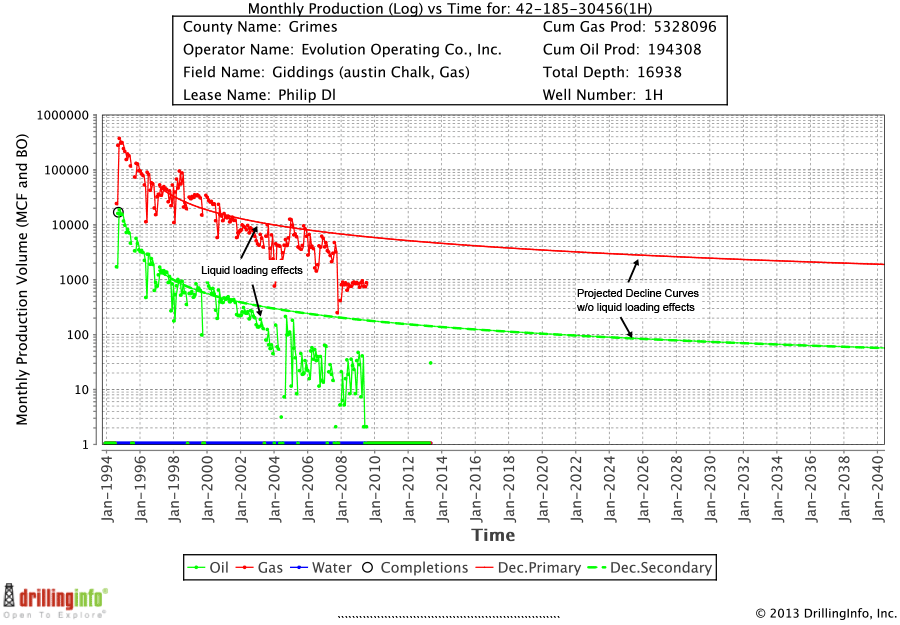